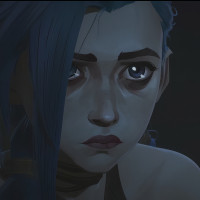 we had a controversy last night
so i said to him that he dosn't deserve a birtheday's cake ,and i remember his angry face when he told me that i was supposed to make a biscuit cuz he's suffering from a choclate's allergy
my stupid sensitive ass start feelin sad again ,why? , cuz i thought he would eat it and just thank me
i've completely forgotten about his foolish allergy
the crazy fact that i've thrown the cake immediately into his face is funny to be honest
not going to lie i've been so scared from him ,he already have a huge anger issue
so i just run away at the same moment when i throwed up the cake throught the big door
after two min i figure out he'll going to seems exactly like a red bear,he've allergy from choclate...and i just throwed it into his face while our speech ! he probably ate a littel bit of it ,cuz he was screaming like what i've done xD